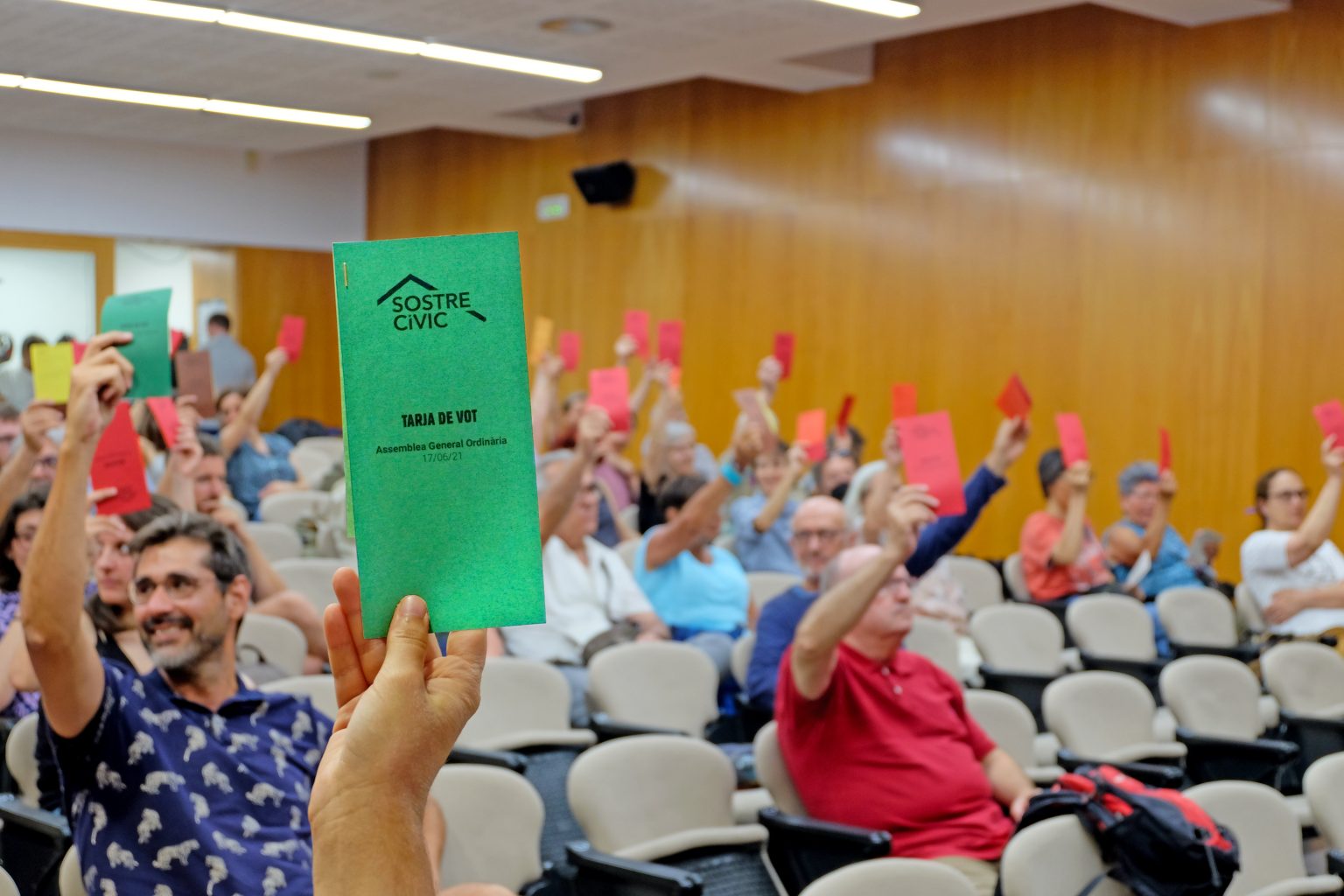 An innovative ‘right to use’ housing cooperative in Catalonia, Spain – which provides permanently affordable homes under the market prices – has won a prestigious Silver World Habitat Award.

Sostre Cívic – meaning Civic Roof in Catalan – was founded in 2004 as an alternative to the traditional individual ownership and rental housing models. Instead, as a ‘right-to-use’ cooperative, Sostre Cívic retains ownership of its properties and its members are granted the right to use the dwellings indefinitely.

The World Habitat Awards, which are organised by World Habitat in partnership with UN-Habitat, are the world’s leading housing awards, which recognises and highlights innovative, outstanding and revolutionary housing ideas, projects and programmes from across the world.

In a country where housing policy historically favours owner-occupancy – just 15% of Spain’s housing is available for rent and 2% designated for social rent – Sostre Cívic has a long-term ambition to diversify the tenure options in Catalonia’s housing market, so that in the next 20 to 30 years, 10% of the region’s homes are in right-to-use cooperatives.

As an umbrella organisation, it supports cooperative groups to purchase or develop buildings and advocates for the sector in Catalonia and throughout Spain.

Residents pay an initial contribution, which is returned to them if they leave, and a monthly contribution that is usually lower than renting a similar dwelling on the private market. The organisation is supported by the local authorities through grants, subsidies and and leases, while individual projects are financed through ethical banking loans and the Catalan Institute of Finance.

Before moving to Princesa 49, Maria Jesús lived in a flat in Barcelona and had to sub-rent rooms to be able to afford the rent.

She said: “Cooperative housing is a safer option than renting because the price is stable and no one can kick you out of your house, as happened to me.

“The cooperative conscience must be very supportive, very empathic with its neighbours. Entering a home like this is sharing, giving and empathising with your neighbours. It is a more familiar system of life, each one having their own private space.”

Maria Jesús added that living in the cooperative community was especially helpful during the Covid-19 pandemic. “I have arrhythmia problems and I had to be very careful,” she said. “But living in a community helped me. Neighbours did the shopping for me, we shared what we cooked like cakes and broths. We looked after each other together, we went up to the terrace if it was sunny and if one of them had problems with something, we supported each other.”

David Ireland, Chief Executive of World Habitat, said: “Sostre Cívic is a not-for-profit housing developer that has been the catalyst for growing community led housing in Catalonia and beyond.

“Its commitment to transforming housing provision in Catalonia and beyond is clear. With each project, the organisation is providing an affordable, sustainable and ethical alternative to traditional ownership or rental models and challenging what it means to have a roof over one’s head.”