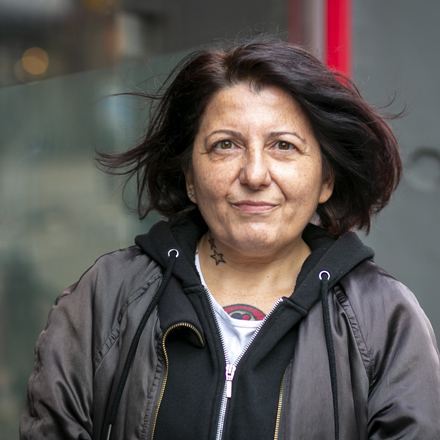 Ruth Jacob is Senior Policy and Parliamentary Affairs Officer at Crisis, a UK based homelessness charity.

Image used is Katia – an EU citizen who has experienced homelessness in the UK and is part of the experts by experience panel supporting Crisis’s campaign.

The worst forms of homelessness have been rising year-on-year in England over the last decade, reaching a peak just before the pandemic. Levels in Scotland and Wales have remained relatively stable in the same period. This includes people sleeping rough, in cars, tents, and on public transport, or staying for extended periods of time in unsuitable temporary accommodation.

New research, commissioned by Crisis and conducted by Heriot-Watt University and IPPR, shows that this includes an estimated 22,000 EU national households, around one-in-ten (9%) of the total number of people estimated to be experiencing homelessness in 2019.

EU nationals are estimated to make up around one-in-twenty (5%) of the total British population, indicating that the risk of experiencing some of the worst forms of homelessness for EU nationals in Britain is virtually double the risk for the population as a whole.

This research is the first study to look in detail at this vital area and it provides critical new evidence to help inform policy choices to prevent – and end – homelessness. The findings help us understand why EU nationals living in Britain face a greater risk of homelessness and why urgent action is needed to ensure that protection from homelessness is there for everyone who needs it.

Job loss is one of the key drivers of homelessness amongst EU citizens living in Britain and people have been disproportionately affected by unemployment during the pandemic. Many people we spoke to also had experiences of insecure and exploitative work and reported not being paid enough to live on or, in some cases, not being paid at all.

One participant interviewed for the research explained how this led to him becoming homeless:

EU citizens face many similar challenges to resolving their homelessness as others do – including health problems or relationship breakdowns – however they are compounded by additional barriers and restrictions that impact on the support that they can access. In many cases, this means that when people faced a loss of employment or challenging financial circumstances, they were left without a proper safety net, which worsened and prolonged their housing difficulties.

Sometimes this was due to language or cultural barriers that made it harder for EU citizens to access mainstream support that should have been available to them. While others were unable to get help for their housing situation – in particular, through welfare benefits – as a result of rules restricting EU citizens’ access to support. This left people in extended periods of uncertainty while they tried to resolve their accommodation and employment issues, without any support to help them in the interim.

At the start of the pandemic, we saw an unprecedented and immediate transformation in national governments’ approaches to homelessness and many of the usual barriers to support for EU citizens and other non-UK nationals were set aside. This bold action showed what can be achieved when help to move out of homelessness is opened up to everyone in need, regardless of their nationality or immigration status. However, as the pandemic continued the message of ‘get everyone in’ became less clear, restrictions began to be applied again and we saw increasing numbers of people struggling to access support.

As we emerge from the pandemic, we must take this opportunity to make sure that protection from homelessness is there for everyone who has made their home here. We need to see a renewed strategy to end homelessness from the UK Government, which ensures that no one is put at greater risk of experiencing homelessness because of their immigration status. Extending eligibility to benefits and homelessness assistance for EU citizens with pre-settled status would ensure that support is there for people if they experience life events that put them at risk of losing their home.

We also need to see immediate support provided for EU citizens who are currently sleeping rough and struggling to access mainstream support. We are recommending that the UK Government bring forward funding for a bespoke package of housing and employment support for EU citizens whose needs are not being met by current programmes. This will make a real difference for people who are sleeping rough now.

The pandemic emergency response gave us a glimpse of what is possible when barriers are unlocked and everyone can access accommodation and support to move out of homelessness. We need to go further to ensure everyone experiencing homelessness has a route to move into safe and stable housing.

The research report is available here.