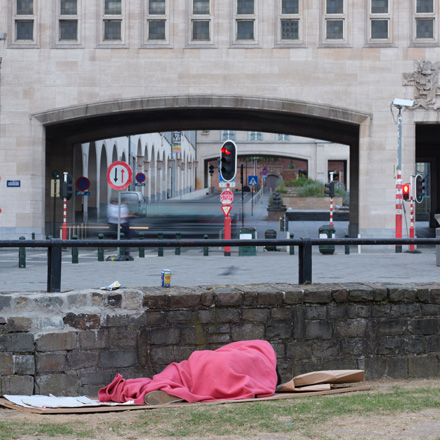 Patrick Duce, Campaign Impact Manager at World Habitat, takes a look at the new report from the Shelter-led Commission into Social Housing and shows how out of the shadow of the Grenfell Tower disaster, it lays out the root causes of homelessness in the UK and sets out a bold vision for the social housing sector.

The failure of social housing policy in England was laid shockingly bare in the horror of the Grenfell Tower disaster of 2017. This tragedy ripped open the systemic inadequacies of a social housing sector for all to see. The true litmus test of a healthy society can be measured in the numbers of rough sleepers we see on the streets, and a report published earlier this week lays out clearly the negative impact social housing policy has had on increasing homelessness figures.

In previous blogs, we explored both the causes behind the Grenfell Tower tragedy, whilst also tackling difficult questions about blame. Out of the disaster however, one of the UK’s largest housing and homelessness charities Shelter set about developing a nationwide Commission. Building on a year-long consultation of around 31,000 people, from tenants in social housing, housing organisations, and expert commissioners, they describe the urgent reforms needed to achieve their vision of social housing that ’meets both needs and aspirations’.

This week they published the findings of the Commission, and it does not offer platitudes or suggest tinkering at the edges of the market. At the heart of the report lies the clear message that the inadequate supply of social housing is leading directly and indirectly to the current shocking levels of homelessness we see in this country, and for similar reasons across much of Europe.

So how did we get to this point?

Well according to the Commission’s research, we got to this point through a combination of a failure to build enough homes to adequately meet the demand needed, the prolonged development of a social housing sector only for those in most need, alongside an explosion in the number of private renters and huge rises in welfare costs to government. While only last month the Housing Minister James Brokenshire conveniently pointed out that the rise in homelessness is not a result of government policy, Shelter’s research pulls no punches in stating that the aforementioned outcomes of the housing market are not that ’any government has ever planned or sought, but all of them are the result of the choices of successive governments’. These governments have presided over a housing market that both fails to provide stable housing for single non-priority adults, while also forcing young families and single parents into insecure private rented sector housing – in doing so placing many at greater risk of homelessness.

“We cannot go on like this”, is the sort of comment usually reserved for those that do precisely just that. Shelter’s commission does not shy away from this and sets out bold recommendations to kick start a decisive and generational shift in housing policy. A twenty-year programme of investment in social housing building is needed to meet the demand of 3.1 million homes for England. Without this investment, Shelter say, the government has little to no chance of meeting their own yearly construction target of 300,000 new homes, and of ending rough sleeping by 2027. The report also lays out plans to strengthen and protect those renting within the social sector, ensuring social renters are empowered to have not only a voice in their future but also the protection of a new regulator.

For 40 years World Habitat has been finding, promoting and showcasing innovative, outstanding and sometimes revolutionary housing projects across the world. We are delighted to see recognition within Shelter’s research for the radical urban planning and pioneering use of renewable energy systems in Freiburg, as well as previous World Habitat Award Winner (2016) “More Than Housing” in Zurich, which was one of the largest and most ambitious co-operative housing programmes in Europe. Tampines Town – an early version of the Singaporean financial model they highlight in the report – was also a World Habitat Award Winner as far back as 1992.

But what this research clearly outlines in depth is the link between inadequate social housing supply and the rise in homelessness. This is why we at World Habitat have been taking the positive methods and outcomes from countries such as Finland, the Netherlands and the USA and putting them into practice as part of the European End Street Homelessness Campaign.

This bold campaign focuses on ending chronic street homelessness through a network of 13 European cities, all seeking to provide appropriate accommodation options, such as Housing First, for those who end up street homeless. World Habitat shares Shelter’s vision of a housing market boosted by the adequate supply of genuinely social homes, instead of successive national housing policies that have been just “going on like this”. Social homes should be just that, for people all throughout society to thrive – not just as a last bastion of a broken safety net.

6 hours ago RT @NinaPompeu: Proud of our collective work and the community we have created in the fight for the #RightToHousing and the #RightTotheCity…

6 hours ago RT @AndrewTatarsky: I am so appreciative of the work that @CrisMerendeiro and @CRESCER_org are doing. For free papers on harm reduction ps…

6 hours ago Such a great week at @WUF_UNHabitat #WUF11 #Katowice thanks to our host @UNHABITAT & everyone we met at the… https://t.co/G3y69z3YJ7