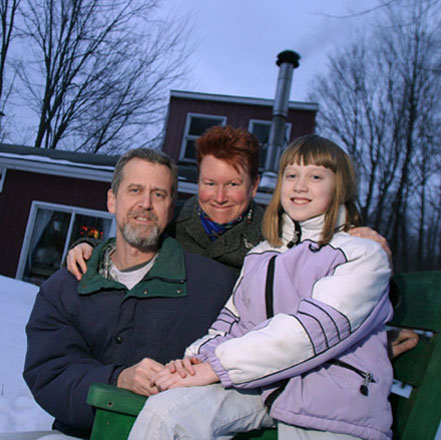 Each year World Habitat puts out a call for entries to the World Habitat Awards. Organisations tackling some of the most difficult housing challenges are invited to submit their innovative projects. Award winners and finalists from the last 30 years have featured solutions to lack of water and basic sanitation, climate change, disaster recovery, and poverty in all its many forms.  The awards give us an opportunity to recognise solutions and share them with communities around the world facing similar challenges. However, the awards aren’t a one-off event, they are like a pebble in the world pond, these great ideas create a ripple effect that spreads out, creating positive changes – some entirely unexpected, long after the award ceremony is forgotten.

Trying to capture the full impact of the work of the World Habitat Awards winners and finalists is difficult, the detailed information we put together online for each of the finalists gives the context in which they work, their design, and their current impact at the time of the award. We also produce reports showcasing key learning points from our week long peer exchange which brings together participants from around the world to visit the award winning projects to collaborate and work together. These reports give a tantalising glimpse of what impact the peer exchange participants aim to make once they get home.

Over the years, World Habitat has continued to draw inspiration from, and work with, World Habitat participants from research with 11 organisations involved in disaster reconstruction, to the European End Street Homelessness Campaign.  Over the next few months I will be working with our global network to share information about the changes that have taken place since the World Habitat Awards – so if you have received one of our update forms, please complete and return.

I am really looking forward to working on the updates, especially as the two organisations I contacted so brilliantly illustrates why there is so much to learn and share. Recently I spoke to John Davis, former Vice President of Champlain Housing Trust and Brussels Community Land Trust about their work to develop affordable homes.

In 2008, Champlain Housing Trust (CHT) was a winner of the World Habitat Awards. Established in Burlington, Vermont in 1984, CHT was an early pioneer of the community land trust approach of providing affordable housing in perpetuity. CHT’s homes are, on average, affordable to households earning only 57 per cent of the area’s median income. CHT has over 2,000 properties for low-cost home ownership and rental. While the wider housing market was collapsing, CHT was able to ensure that not one family lost their home. CHT continues to innovate, and in June 2016, launched a new coalition aiming to build 3,500 much needed homes in their local area.  The photo above features residents from Champlain Housing Trust.

CHT are an outward looking organisation, whose work has had an impact beyond its immediate community. In 2009, they hosted a peer exchange organised by World Habitat to bring together people who wanted to develop much needed affordable homes using the community land trust approach. The impact of this visit has been extraordinary.  As John explained to me, “People did incredible work afterwards… It created a mini community of practitioners that learned from each other.”

Following the visit to CHT in 2009 the four Belgian participants began working together to establish a community land trust. When they began it was not legally possible to create a community land trust in Belgium. So the group had to focus on ways in which they could get a change in the law and do all the work required to develop a community housing project.

As Geert, from Brussels Community Land Trust explained, the peer exchange enabled them to make rapid progress. The group were able to utilise American legal definitions and documents as a starting point to change Belgian law – the principles of community land trusts could transfer, even if all the legal instruments couldn’t. They also kept in touch with CHT and other members of the peer exchange, providing mutual support and assistance to each other. In 2012, the Community Land Trust model was included in the new housing bill of the Brussels Capital Region. Due to the interest and support that the group were able to build, when a new investment programme for affordable housing in the area was launched, it included an allocation of 2 million euros of grants per year, for 4 years for the development of new CLTs. In 2015, Brussels Community Land Trust was able to welcome its first families into new homes. 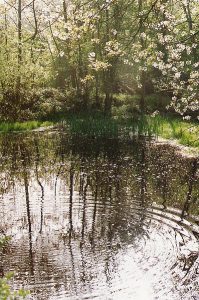 And the positive ripples of change don’t stop there; Brussels Community Land Trust is now providing support to others interested in developing CLTs. As part of a movement to bring the CLT model to France, they have hosted visits with 20 city officials and lawyers. The French CLT movement face similar challenges to Belgium, in that before they can build homes, they also need to change the law.  The group are already well on their way to changing the law and to create wider support to develop France’s first CLT.  If you are interested in finding out more, please visit their website: www.communitylandtrust.fr/

In 2016, World Habitat reached its 40th year and as part of our celebrations we are looking forward to sharing more stories of the incredible ripple effects happening from country to country, as we update the information we hold on our website about World Habitat Awards participants.

40 mins ago RT @SuchiComments: Always a feel of honour & joy when stories of @TheJagaMission are narrated and its spirit is widespread ! @HUDDeptOdish…