Home / News / Our Blog / So where do the houses come from?

So where do the houses come from? 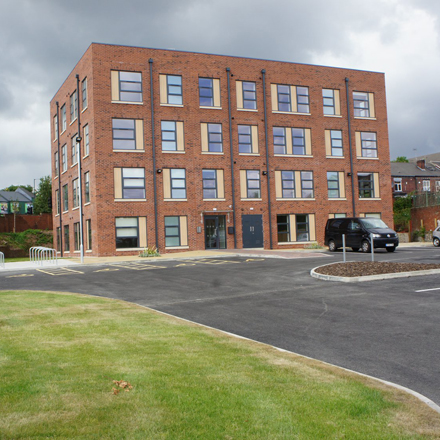 When I tell people that I work on a campaign to end street homelessness in Europe by using the Housing First approach, people often respond by saying there simply isn’t enough affordable homes to make it work. Yet, through the campaign and our wider work at World Habitat, I regularly meet communities that refuse to believe they are powerless and find ways to create affordable, safe and secure homes for homeless people.

Last week I spoke at an event to celebrate the achievement of one such community at the St Wilfrid’s Centre in Sheffield. For nearly 30 years this community has been responding to the needs of homeless and vulnerable people. In 1990, a group of local volunteers started a day-centre. And in 2005, they decided that they wanted to start providing the homes that the people they worked with so desperately needed. After an amazing effort they were able to build St Wilfrid’s Place last year – an apartment block offering self-contained homes for 20 homeless people, managed by Great Places Housing Group.

The event also highlighted the work of the 13 cities involved in the European End Street Homelessness Campaign, Leeds Action To Create Homes (LATCH) and REACH Homes.

Leeds Action To Create Homes (LATCH) creates homes from derelict and rundown houses in Leeds for homeless people. They have some great films where you can see the impact of their work and watch staff and volunteers transform one house in Leeds that had been empty for seven years.

REACH Homes is based in Sheffield. It is a not-for-profit business which aims to change the housing market. Their eco-homes, converted from shipping containers, start from just £35,000, cost 90% less to heat than a traditional home and use more than 60% recycled local materials.  Their prototype one-bed house can be seen at Heeley City Farm by appointment.

The comments and questions from the audience made clear the many challenges in Sheffield – from the personal difficulties one person shared with us about remaining drug free when he left the streets, when his neighbours were still using drugs; to the public perception that no-one was helping the increasing number of people who were homeless.

However, there was an overwhelming sense of what is also working – community-led responses, and strong relationships between key statutory and voluntary sector organisations working together to focus on some of the most vulnerable homeless people.

So no easy answers, but a room full of determined people who are finding ways to create the homes we need and provide the support that will ensure it is possible to end street homelessness.

13 hours ago 👨‍👨‍👧‍👦Multiple generations of families are living in dilapidated homes & with decades of underfunding, the supply… https://t.co/jhGkohDT3A