Self-help housing is about more than just building homes 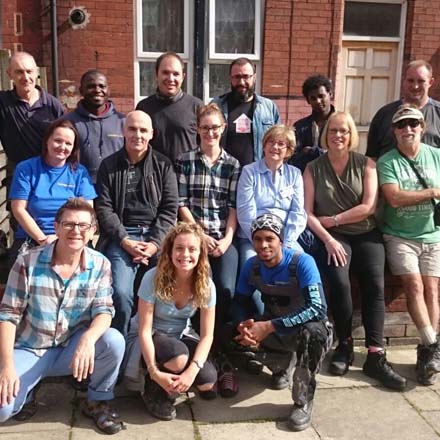 This number is the record rate which unemployment fell in the UK in 2014.

It’s the amount in tonnes of food UK supermarkets throw away each year.

It’s the population of Cambridge.

Sadly, that doesn’t even count the reported 1.2 million already on the waiting list for council housing, a number which has purportedly gone down due to an amendment in the Housing Act which makes it even more difficult to find housing.

In Northern England, two organisations have dedicated themselves to helping homeless people.  Canopy Housing and Giroscope are front-runners in providing affordable homes to individuals and families in Leeds and Hull.  Their impact however, stretches far beyond giving someone a key to their front door.

A lack of affordable housing is a global issue. I work for an agency in Canada called Homes First, which has been providing affordable housing and support services to Toronto’s homeless for the past 30 years.  We house the “hardest to house”: individuals who have fallen through the cracks of society and have complex needs, many of whom have experienced years of chronic homelessness.  Our mandate is based on the housing first principle: recovery starts with stable housing.  Recovery for our residents includes developing life skills and working with our dedicated staff to find ways to manage mental health and addictions issues, alongside a myriad of other health problems.  We believe, as do many housing advocates and practitioners, that having a home, a safe place to sleep at night; to raise a family; to make your own, is the first step to rebuilding your life.

In Toronto alone, there are just over 82,000 households on the waiting list for affordable housing (keeping in mind that we are a country of only 35 million). Toronto has an average wait time of almost 10 years, one of the longest in the province of Ontario.  In short, we have a huge problem.

Recognising their own housing problem, Canopy and Giroscope decided to do something about it.   In Leeds and Hull, there are hundreds of empty properties needing a massive makeover.  Walking into some of these properties is eerily reminiscent of photos of evacuated homes in the Chernobyl disaster:  items strewn across floors, left behind in cupboards; children’s toys splayed out amidst the rubble and broken glass.  Families who once occupied these houses are now shadows from the past.  Canopy and Giroscope’s goal is to bring life back into them.

Leeds City Council initially gave Canopy 10 leases to renovate some of the derelict council houses.  The charity, which is 20 years old, has since expanded to 64 properties, of which they own 15.  Mainly Victorian terrace houses, the homes have been retrofitted for thermal efficiency and renovated by a group of enthusiastic volunteers.

What makes this initiative unique is that they are part of an empowering movement called Self-Help Housing. Volunteers are hand selected based on their own need; several whom I spoke to wanted avolunteer opportunity which enhanced their skills and improved their social networks.  Giroscope, which started in 1985 and is based in Hull, has the same mandate.  Founded to house young, unemployed people, it became a worker’s co-operative before officially gaining charitable status.   They have added on two support workers and have expanded to rent out space for social enterprises, including a bakery and a bike shop.  Most impressive is their community garden, which offers volunteers a chance to try their hand at something other than construction. 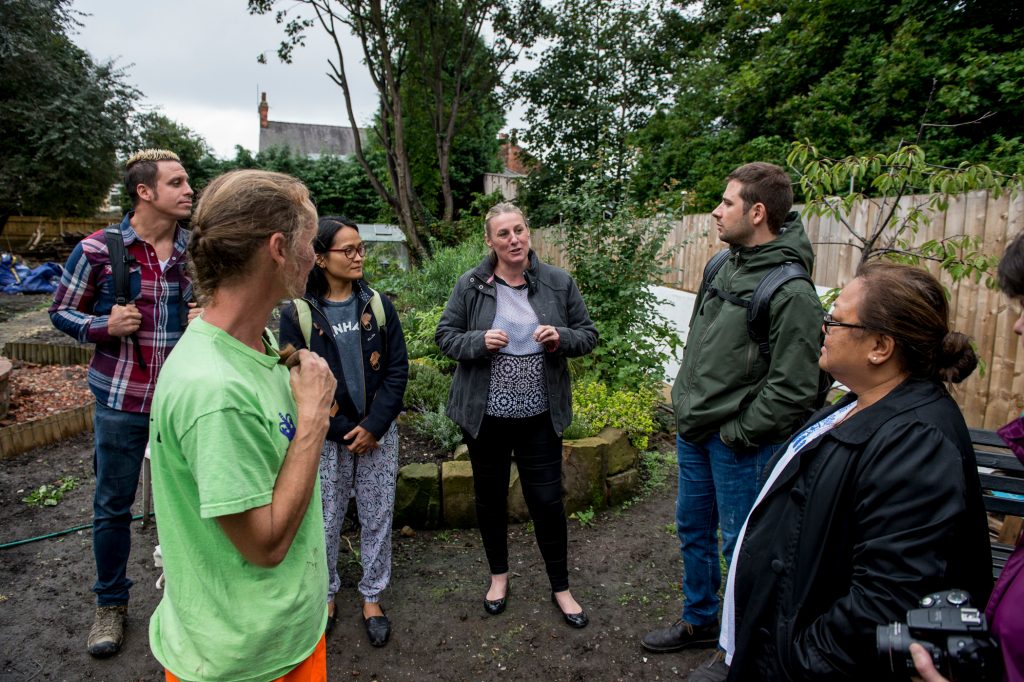 Whereby Canopy involves the future tenants in the renovation process, Giroscope is big on providing on-the-job training for its volunteers to increase their employability.  Both agencies have been able to employ some of their volunteers, an effort which does not go unnoticed.  Speaking to some of these people, many who had been experiencing hardship before finding their respective organisation, it was evident they were extremely grateful someone took a chance on them.  From new immigrants to ex-offenders, Canopy and Giroscope build more than just homes – they build community.

A recipient of the World Habitat Awards, established by the Building and Social Housing Foundation (World Habitat), these two organisations have been recognised for their unique approach to tackling the housing crisis in Northern England.  World Habitat exists to help international organisations and housing professionals share their knowledge and experiences.  As someone who was selected to attend their most recent peer exchange this past September, I feel more prepared to lead discussions on innovative housing strategies, and am eager to have my voice heard.  Although not all communities have the current means to implement the self-help model (the City of Toronto has yet to develop a housing abandonment policy), there is a lot to learn from and possibly replicate in other parts of the country.

Affordable housing is not one-size-fits-all.  While there is room for single and scattered-site housing first models, there are also individuals who don’t need on-site staff support and aren’t focused so much on recovery as finding stability.  Many of our clients at Homes First will never be able to find or maintain work due to the complexities in their lives, but there is an entire population of under-housed and unemployed individuals who just need to find the right fit.

Canopy and Giroscope provide more than just a home for those who need one; they provide meaningful and life-changing opportunities for people who deserve a lift, and a chance to become part of something bigger than themselves: a community that cares.

It may start with four walls and a roof, but there are some things in life that we just can’t put a value on.