Home / News / Our Blog / The promise of the New Urban Agenda?

The promise of the New Urban Agenda? 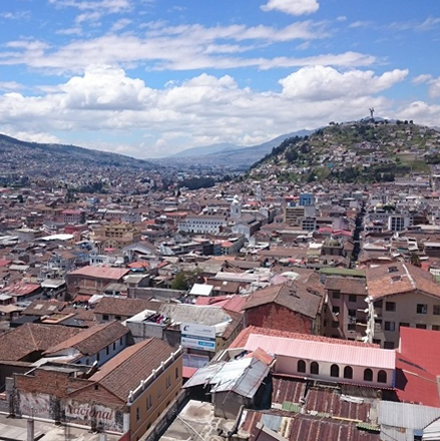 It was 25 years since I had visited Quito.  The last time I was a young backpacker exploring South America for the first time. Quito was then a compact city. The beautiful old town was encircled by a ring of newer low rise homes and buildings, many of which were informally built. The prominent statue of the Virgin on El Panecillo hill once marked the southern city limits.  Today it’s virtually the centre point of the city. In the generation that has passed since I was last here the city’s population has doubled.  New high rise apartment blocks, shopping malls, and highways have appeared replacing some of informal Quito and extending the city’s boundary up into the high Andean valleys.  There is undoubtedly more wealth, more commerce and the city feels more cosmopolitan and international.

There is nothing unique about these changes.  Every city in the world has felt them to a greater or lesser extent.  With more people, cities have to cope with greater demand for housing and services, often leading to a proliferation of informal housing and homelessness for those that can’t afford the skyrocketing prices.  Old water supply, sewage and transport systems sometimes struggle to cope with the increasing demand.  International trade has brought foreign corporate ownership of land and investment in city services.  This has in many cases led to a dilution of democracy as powerful corporations dictate the rules from headquarters in New York and Shanghai.

The Habitat III conference that took place in Quito this October brought together 40,000 people from around the world to seek answers to how the forces can be harnessed for the good of the half of the world’s population that now live in cities.  Like last year’s Paris COP21 United Nations Conference on climate change, Habitat III sought agreement for an international 20 year strategy.  That strategy is the New Urban Agenda – a 24 page document that sets out an international agreement on how urbanisation will be planned and delivered across the world to make cities more sustainable and more inclusive. It has many flaws.  For a document that was agreed by 180 countries, it inevitably is written in the language of compromise.  Rights to housing are omitted and instead just implied within the rather more ambiguous “right to the city”.  Russia, Saudi Arabia and Iran ensured that LGBT rights were omitted entirely and, perhaps most seriously of all, the agreement is voluntary and unenforceable. 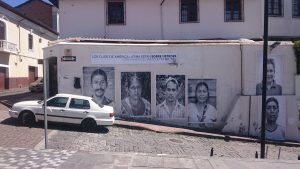 There is also a sad irony that discussions about freedom and rights to the city were discussed within a security compound surrounded by 3m high fences patrolled by armed guards.  Suited international delegates were ushered in, whilst armoured riot police were deployed to keep the locals out.

Nevertheless there is a lot that is good in the New Urban Agenda.  It seeks cities that are compact, that minimise urban sprawl and that promote genuine mixed use public space.  There is also a welcome commitment to end homelessness.

A document, however important, is never going to change the world in itself.  Good city planning, and warm promises will mean nothing unless the huge global forces of Climate Change, Global Conflict and the excesses of Global Finance can also be contained.  But here at least is a start.  In 25 years time I fear I may be too old to visit Quito again, but if I do I hope to see a city that is not only wealthier, but one where that wealth is enjoyed by all its inhabitants.  Habitat III and the New Urban Agenda won’t make that happen by itself, but it might just be the start of a new line of global action that leads there.