Home / News / Our Blog / A message from David Ireland

A message from David Ireland 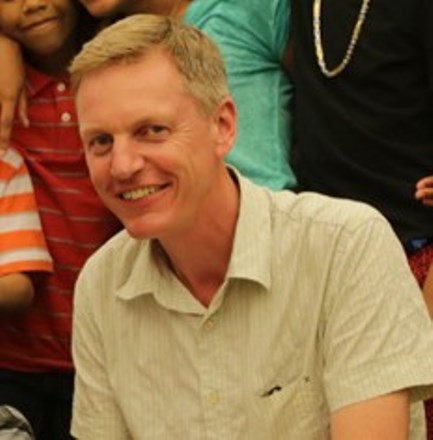 The hardest thing is telling eight finalists that they haven’t won; hard because all of the World Habitat Awards finalists are extraordinary.

They are housing programs run with a passion and zeal by people committed to making people’s living conditions better.  Every year we see extraordinary diversity, different approaches and new ideas. But there are common themes too. It’s a wonderful window into how communities are responding to the struggle to provide decent homes for people.

If I could pick a theme this year, it’s community; people who, instead of waiting for the system to provide, have got together to house themselves. The reality in many countries is that the housing system is broken, the market has failed to deliver and the state is unable to provide an alternative.

So much of the world’s economy is invested in real estate that whenever there’s a financial crisis, there’s a housing crisis too. Whenever there’s a boom, the housing market becomes a magnet for speculators. It’s a toxic mix for ordinary people who just want somewhere to live.

A perfect antidote to this is the approach taken by our winner Caño Martín Peña Community Land Trust in Puerto Rico. The Martín Peña Channel was once a waterway that ran through the middle of an informal settlement in the Puerto Rican capital, San Juan. It is silted and polluted and prone to flooding. The engineering answer to the problems is to dredge and canalise the channel. But should this happen, the likelihood is the land, once free from flooding and pollution, would soar in value. Speculators would move in and the very community that the engineering was meant to help, would be displaced.

The answer was to create a community land trust (CLT) pooling ownership of the land in a not for profit trust with rules that regulate sales and prevent speculation. The CLT has provided a common purpose for the community. Everybody has a say and everybody takes part. It is arguably the most democratic place on earth. It has managed to achieve that rare dyad; improved housing and affordability.

Canopy and Giroscope have also taken matters into their own hands. They are two separate charities working in different cities in the UK and are joint winners of the World Habitat Awards – the first UK based winners for over a decade. They saw the problems of homelessness in their cities and also saw thousands of empty homes. They decided to do something about both by training homeless and vulnerable people to renovate abandoned properties and bring them back into use. The completed houses provide low cost homes for homeless local people who are homeless or in housing need.

For many people Canopy and Giroscope provide a lifeline that other organisations overlook or rule out. At the heart of this work are people. Disadvantaged and isolated people get the chance to learn new skills and develop confidence on their way to being properly housed and employed. These two charities have also inspired over 100 organisations in the UK to follow their Self-Help Housing model.

Entries are now open for the 2016-17 World Habitat Awards competition. For 30 years these awards have celebrated outstanding housing projects which have overcome housing problems and improved people’s lives. It’s incredible to see how previous winners have influenced and inspired others and seen their ideas spread around the world. There are full details on the World Habitat Awards web pages.