Home / News / Our Blog / Housing First – a not so ‘secret solution’

Housing First – a not so ‘secret solution’ 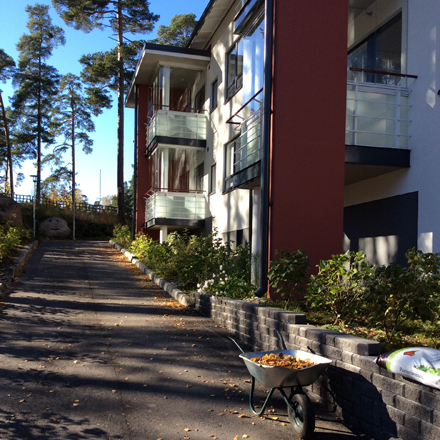 Just a few days after I attended the FEANTSA Policy Conference 2019, a UK newspaper published an article touting Housing First as a ‘miracle’ – Finland’s ‘secret’ solution to homelessness – giving people a home straight away, with no strings attached.

The funny thing is that Housing First is not a secret at all. In fact, at the conference, Juha Kaakinen, CEO of the World Habitat Award winning Y-Foundation, an organisation that has been key to developing and delivering Housing First across Finland since 1985, was very clear that they have not been keeping the model a secret and they are certainly not the only ones doing it. Indeed, the FEANTSA event brought together delegates from across Europe – and beyond – who are working hard to end homelessness in their local neighbourhood, city, or country, and believe that Housing First is the way to do so. One of Kaakinen’s strongest messages was that ‘we’ve got the evidence, we’ve done the pilots and we know that this works. So let’s stop talking and start acting to end homelessness for good.’

With this in mind, my main question for the day was this: What’s changed? How has the debate moved on and what have we achieved since we all gathered here a year ago?

A question that repeatedly arises in debates on homelessness is how can we create affordable and high-quality housing? The lack of which is a problem shared by almost all European towns and cities. This year, the FEANTSA Housing Solutions Platform showcased practical examples of real, daring and experimental ideas to do exactly that. For example, Homes for All in Denmark works with student housing developers to provide accommodation. It works by reserving 10 per cent of units for homeless youths, on the condition that they must begin to study within a year of moving into the property. By promoting integration into accommodation with others of a similar age and supporting them to socialise and study, the programme helps young people experiencing homelessness feel ‘normal’ again – giving them the same opportunities for life and work as their peers. The project highlights three key components for Housing First for youth: co-living; social support; and community integration.

Examples of Housing First for specific groups, such as young people, are still fairly low in number and showcasing models like this are starting to develop a focus on adapting Housing First to make it work for different vulnerable groups with particular needs.

Another innovative example of ‘out of the box’ housing solutions and taking the next step in implementing Housing First came from Social Bite. This Scottish organisation began as a small café in Edinburgh, operating as a social enterprise, and has since gone on to offer training and employment to people experiencing homelessness, distribute free food, and connect and integrate 400 vulnerable people every week through a ‘Social Supper’ event. As well as this, they built the Social Bite Village – a custom-built village housing 20 people affected by homelessness, who receive intensive support so they can build an independent life. The village is not seen as a ‘one-stop solution,’ but an alternative, scalable model that works for some people experiencing homelessness who have fewer complex needs.

Social Bite also spoke about their partnership with other organisations to tackle homelessness with Housing First in five cities, including Glasgow, a member of the European End Street Homelessness Campaign. They’ve invested £3 million into the Housing First Pathfinders project, which is officially backed by the Scottish Government. Sixty-six people have already moved into new homes as part of the programme, proving how collaboration can lead to true systemic change and most importantly, change people’s lives for the better.

Of course, while the Finnish solution may not be a secret, that’s not to say there’s nothing to learn from their example. Around the scaling up of Housing First to make a real country-wide difference, for example – as the only European country to have seen a significant reduction in homelessness in the last few years, Finland have certainly got the edge on that one.

As we’ve seen from other examples across Europe, the project-based scaling-up of Housing First is slow and, as Kaakinen put it, you’re at risk of becoming ‘just another homelessness service’. What you need is a national strategy. It’s not about starting another Housing First project, but about complete system change. The real secret to the Finnish success in fighting homelessness lies in political consensus and co-ownership of the issue across sectors. What this year’s conference made clear was that there’s already so much good work going on, and we’re starting to see this inter-sectoral collaboration in other countries, like Scotland.

With the right commitment, funding, and importantly a collective outlook, we really could all end homelessness for good.