Home / News / Our Blog / Should we give to people who beg?

Should we give to people who beg? 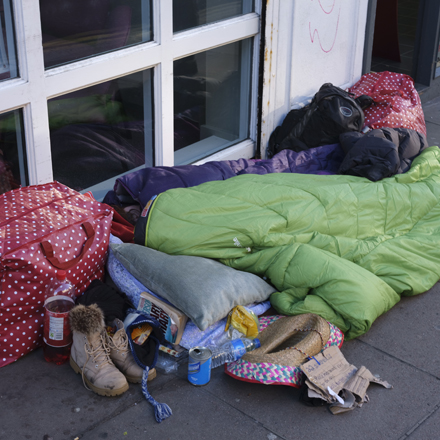 This winter’s freezing temperatures brought homelessness to the headlines.  The number of people recorded dying on the streets in the UK rose to 78, double the number in just five years. With public concern rising, the question of what we can do to help was at the forefront of many of our minds.

An article by activist Matt Broomfield in the New Statesman urged us to ‘give money directly and unconditionally’ to all people who beg, from the ‘woman who’s blind drunk […] to the guy with meth-rotted teeth,’ sparking a heated public debate. In total opposition to this, Jeremy Swain, chief executive of London homelessness charity Thames Reach, warned that ‘giving money to the homeless isn’t generous – it can condemn them to death.’

So, what’s the answer? Should we give to people who beg?

One of the most widespread negative perceptions is that it feeds abusive drug and alcohol habits, with two key consequences. First, when used to buy intoxicating substances, your money will ultimately reduce that person’s chance of survival. I’ve even heard it said that for every pound you give, you shorten their life by one hour. It’s clear that addiction is a big problem on the streets, with Thames Reach outreach workers estimating that four in five (80%) people begging are doing so to fund addiction. Westminster police report that of a group of people arrested for begging, over two-thirds (70%) tested positive for crack cocaine or heroin.

But, are we really ‘killing with kindness’ when we give a pound to someone on the streets? It’s highly likely that when addiction drives begging, the craving for drugs or alcohol is so great that the person will find the money, whether you give it to them or not. With no other options, this could mean turning to crime to fund their habit, creating an even more harmful situation.

The second crucial outcome regularly highlighted is that when used to sustain addictions begging fuels violent and antisocial behaviour in our cities. Whilst there should be no excuse for such behaviour, degrading terms, such as ‘junkie,’ ‘smackhead’ and ‘drugaholic’ are often used to describe, and so define, these people. This kind of negative labelling is one-dimensional and encourages a dehumanising view which identifies them solely by their addiction

Importantly, there is a widespread belief that many people who beg are not homeless.  This has blurred the lines between homelessness and begging which only further marginalises people on the streets. Numerous campaigns, by both city councils and homelessness charities, have tried to prevent the public from giving money to people on the streets, by exposing them as ‘fake’ beggars.

But those who have done it tell us that begging is both degrading and humiliating. Unfortunately, these campaigns ignore the realities and overlook the intricacies of begging and the multiple and complex needs of many people who beg. By covering a man’s face with a hood, these campaigns literally make people ‘faceless’. It removes any sense of identity or individuality and encourages attitudes which dehumanise people on the streets. In depicting people begging as frauds, it ignores the fact that, homeless or not, the vast majority of people begging are doing so for reasons that go far deeper than wanting to scam you for your money. The fact that they are willing to sit on the streets and endure humiliation, danger and scrutiny, demonstrates a high level of need that is not being supported by the services they are supposedly receiving. Most are driven by addiction caused by childhood trauma and/or other issues, such as mental health issues. Their actions aren’t a sign of their own failure or fraud, but of the failure of the system to prevent them reaching this point.

Which brings us to the crux of the issue. Rather than categorising people on the streets as beggars, homeless people, substance abusers, or ‘drugaholics’, we should focus on each individual and their personal needs. Whether turning to crime to fund addiction, begging, or displaying antisocial behaviour, the main point of contact with services for many is enforcement or the criminal justice system. This then leads to distrust between service users and providers, creating a perpetual cycle where people are not receiving the support they need to move away from addiction, begging, or homelessness.

Ultimately, whether you decide to give money to people on the streets is your personal choice. And if you choose not to there are many other ways that you can help. Supporting a local homelessness charity, volunteering, or simply stopping to speak with people you meet on the street – all can go a long way in helping them. It’s clear that this debate needs reframing. Instead of stereotyping, how about we recognise each individual, their complex needs and the targeted support that they are lacking which could make such a difference?

This blog was written following Roundabout’s event, “Should we give to people who beg?”, at the Festival of Debate in Sheffield, UK.