The gift of receiving – and a campaign changed me 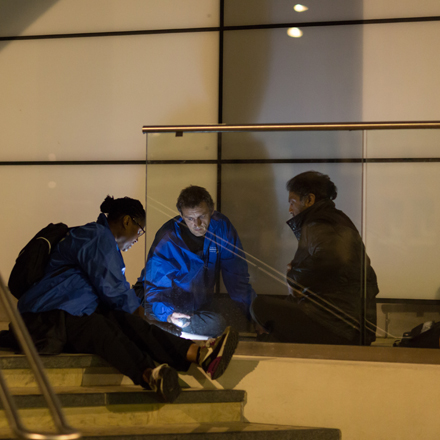 I live in central London and have done for decades – right by its beating heart the great flowing Thames – I constantly cross its bridges, I have seen the ebb and flow of good and bad decisions made just a few hundred feet upstream in Parliament. I remember the Bullring just by Waterloo station, now occupied by the Imax cinema, when scores of homeless people camped out – the fires built to keep them warm flickering on the harsh concrete. I remember the terrible sight, almost overnight it seemed, of young people sleeping out – a new population I had not seen before – a result of Margaret Thatcher’s punitive measures towards the young and poor deprived of their right to support and thrown onto the streets – cruel and of course untimely creating a much greater expense to society of lost hopes, failed potential and opportunity for the young and most vulnerable.

Over these last decades I did get to learn something about why people became homeless, the high proportion who had been in care, ill or ex-services. I had met many homeless people at the Big Issue and at Centrepoint and had heard so many sad stories and of course also the inspiring examples of survival, the good projects and policies and in my daily walks to other places and new challenges.  I always kept my eye out for who was sleeping rough, I bought the Big Issue and made sure to look at people on the street and at least share a smile. I also think I took too much notice of the campaign not to give money to people (there had been a charity and government initiative a few years ago advising the public to give money direct to organisations). I saw over the nineties and early years of this century the remarkable efforts of a host of good improvements – with government and charities working together – which led to such an impressive decline in those sleeping on the street in the UK. I felt this was one of the achievements alongside the defeat of the racist apartheid system in South Africa and the access to treatments for HIV/AIDS I had been glad to witness in my lifetime when so much of our efforts can seem unattainable. I knew key people had given decades of their life to this struggle and that so many people worked so hard to manage a complex web of people and programmes that kept so many people off the streets in order to make slogans like ‘no more than one night out’ a reality.

But despite all my insider knowledge and key location – I never actually felt able to stop and talk to people and find out more about them.

Last year I had the privilege to work on a formative evaluation for the European End Street Homelessness Campaign. I was glad to do this, particularly as I had witnessed a horrible return to the eighties, such a rapid increase in people out on the street,   I learnt why this had happened, in London the terrible problem of non-availability of social housing, the cutting of benefits, the second bedroom tax, the cuts to mental health services, the cuts to benefits for the very poorest and most vulnerable people, the constant attacks on those struggling with health issues and of course the EU citizens who have no right to hostel places or benefits when they lose a place to lay their heads – through sickness or hard times.

The Campaign has key principles in its mission to tackle the problem of street homelessness and one of these is to make sure every person on the street is spoken to, interviewed and asked to tell the full story of why they are on the street and to answer sensitive questions about their history and health. I saw volunteers do this at the Westminster pilot of the Campaign and witnessed for myself how so many people wanted to tell their personal story to a thoughtful volunteer – with no agenda other than to help.  Over the last few weeks as the weather has turned so cold I have stopped and spoken to people on the street and felt so privileged that they have been willing to share with me – a complete stranger, who will then go over the bridge to my own home with warmth, my bed and a door I can shut to protect myself, luxuries others can only dream of.

I asked two of the people I spoke to if I could share their stories and dreams and they agreed.

I stopped by Dom on Waterloo Bridge, on a very cold day, but that was after I had walked on by. I had no change and then a few steps further on realised that there are alternatives to change, notes! (which I had plenty of) and he needed a lot more than me.

Dom explained to me that he was a painter and decorator by trade and he was asking for money as he hoped to get a bed in a hostel in the Elephant and Castle for the night. He was from Poland and had lived here for a dozen years and had gone back and forth according to the availability of work on building sites. He had hit a very bad patch recently, someone had stolen his phone – a disaster as it had his contacts to find work and also his photos of his beloved family in Poland. After it was stolen he called the number and begged them to at least just return the sim card but alas his plea was ignored.

I asked him if he knew about the services offered over Christmas by Crisis but he said, ‘No, I don’t want to use up a place –  there are people more in need than me – I am not struggling with drink or drugs’. He was hopeful that he had collected enough for that hostel bed for the night and he was hopeful that he would be able to get some work in the New Year. He told me how moved he had been by a family who had come to him with a Christmas card, with some money, but he said, ‘it was not the money which was so important to me, it was that they had recognised me as a worthy human being’.

A few days later, just near Tower Bridge, I passed a woman sitting in the sun with a shopping trolley piled high with bedding, clothes, bags – a youngish woman, perhaps forty, with a jaunty woolly beret. She smiled when I asked if she would talk to me and said, ‘of course’ and told me her name was Lady.  She did indeed have perfect diction and you could see why she was called Lady.  She told me her dream was to have just a room and a job, she did not want to be seen as needing special help, she just wanted an ordinary life and she wanted to see a world where people were not robbed by employers who did not pay properly, or by those who took others possessions – she had lost some of hers to thieves. She told me that the financial system is also stealing from people, but she also spoke about those who were worse off than her. When I asked if it would be ok to offer her something for her time she hesitated but smiled and I suggested she could give it to someone else in greater need.  She smiled again when I said that she probably knew more about how to get help to those who needed it most than I did.

It reminded me of another bridge I had to cross – going over the Millennium Bridge a couple of years ago, at a time when I understood less about the cruel forces that throw people onto the streets. I had seen a youngish man clutching his carrier bags, the handles worn to shreds, sitting on a bench in St Paul’s churchyard looking so serious and alone, he had obviously been sleeping out all night. I had asked him if he would accept some money and he had looked at me with his vivid blue eyes.  He was offended.  He said there were so many worse off than him. I was ashamed because I had robbed him of one of his only remaining possessions – his dignity.  He was from Eastern Europe, stranded here without a roof but holding onto his pride.  I should have made the time to talk to him, to hear his story, to have connected with him in a personal way and not just as a ‘beneficiary’.  We must all appreciate and respect those people who are generous enough to receive. 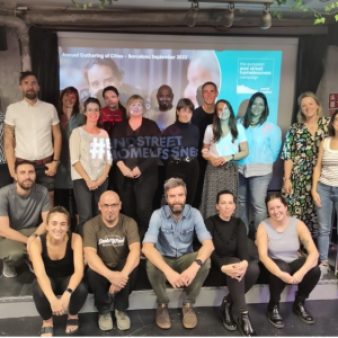 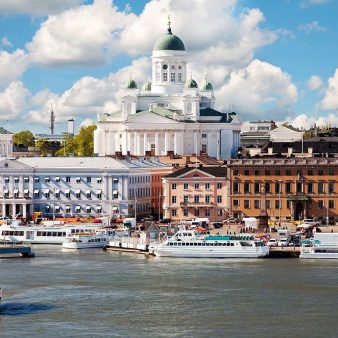