Focusing on solutions to end homelessness in Leicester 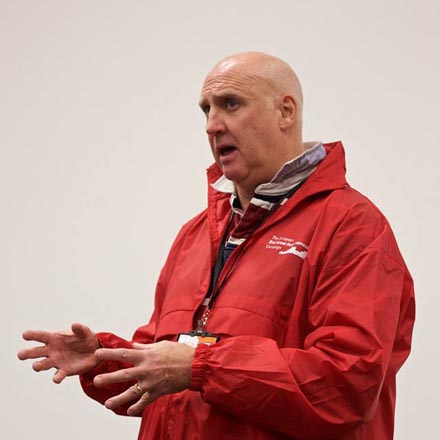 On a wet evening last November over 100 volunteers took to the streets of Leicester to locate and survey rough sleepers. Our overnight street count was just one of many events held during our Connections Week (6-10 November 2017) to engage with people who had experience of street homelessness in our city. All in all, our volunteers spoke to 92 individuals (31 on the night count) who provided insight into their personal circumstances and housing histories.

With a lot of media interest and community involvement during the Connections Week, it seemed that the whole of Leicester had started to pay attention to homelessness, but what’s happened since and how has the Leicester End Street Homelessness Campaign actually made a difference to people on the streets?

The campaign certainly got people talking about homelessness locally and for all of the agencies involved, conversations turned from being about problems to focusing on solutions. Having a list of named people made the task of helping rough sleepers off the streets seem all the more manageable. Soon after the Connections Week, campaign partners came together to make plans as to how the 48 people (those who gave their current sleeping location as “outdoors”) could be supported off the streets. Since the count, eight people have been helped off the street including a number of people with very long homeless histories.

This, in many instances, built on work that was already ongoing but gave a renewed energy and focus. With new partners around the table, we found new routes to engage with people and were able to be more flexible in our approach. There remains a challenge in meeting the needs for some of the most entrenched rough sleepers and we’re working together with other organisations to develop a Housing First pilot to address this challenge.

The information gained from rough sleepers has also been invaluable in helping to develop a wider understanding of the backgrounds and needs of the Leicester street homeless population. For instance, the recognition that there is a significant number of care leavers on the street has prompted a review of how the Leicester City Council can better support those who leave its care. Having the involvement of our Local Authority has been central to the campaign’s success to date; the End Street Homelessness Campaign will be embedded in Leicester City Council’s new Homelessness Strategy. After attending the street count, our City Mayor Peter Soulsby recently hosted a Twitter Question & Answer on homelessness, keeping homelessness on the agenda.

The campaign has also opened up discussions with people who may not traditionally engage in homelessness issues including local business leaders. We feel part of our job, as Campaign Lead, is to help people understand how they could play their part in tackling street homelessness.

There is now a real sense and determination in Leicester that ending street homelessness is achievable. To keep this momentum alive, we are working on plans for a campaign conference where we will share findings from Connections Week. The aim is to develop a Homelessness Charter for Leicester by bringing together churches, businesses and charities, as well as the council, universities and police to come up with some creative solutions and pledge to demonstrate active support to end street homelessness in Leicester by 2020.

Mark Grant is CEO of Action Homeless which is leading action in the Leicester campaign.

6 hours ago 🌳With homes accounting for nearly a quarter (22%) of carbon emissions we look at the environmentally friendly… https://t.co/26zZN50KVW

7 hours ago RT @yiorgos_pap: Save the date! January 25th together with partners at @WorldHabitat #CommunityLedHousing programme we’ll be discussing how…

1 day ago 🔑 When ordinary people hold the keys to safer and affordable housing, it opens more doors 🏘️ This is called Commun… https://t.co/oe4z351bmp