“Everybody In” – working with vulnerable people sleeping rough during COVID-19 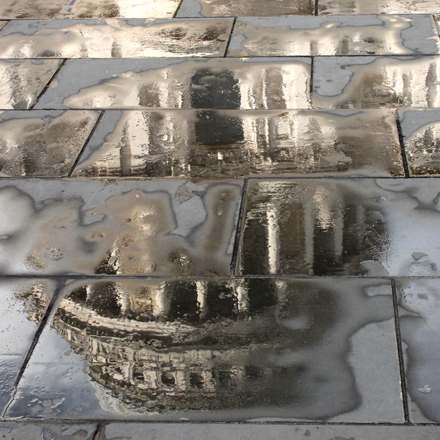 It was 19 March when the gravity of the situation with COVID-19 hit home for me. I was out on an early shift at around 7am with a colleague and we went to meet George*, a well-informed, articulate man in his 50s who’s been sleeping rough for a couple of years but who is reluctant to accept offers of support for a number of reasons. The City of London had requested that we get everybody indoors due to the potential health risk of COVID-19, which meant us offering to support to anyone, plus we had a duty of care to welfare check and ensure George was safe and well.

We find different ways to use our knowledge to encourage people to accept support – such as presenting facts around the dangers of rough sleeping. On this occasion I found myself turning the concern around the virus as a tool to encourage George to take up an offer of accommodation. He countered our initial offer of support stating that it was a choice he was making to live his life on the streets, and that he was prepared to die on the streets.

George and I sat and talked, and he revealed his main concern was where he can access food. I told him that we were hearing about the possibility of a lockdown, that the City was likely to become emptier, shops were going to close, food and vital resources would become scarce, with commuter numbers vastly reduced. I listened to his concerns, and felt he was listening to me. I gave George my number and urged him again to consider coming indoors.

Working for a homelessness charity it is impossible to distance yourself from the wider housing system. People who end up on the streets can be some of the most disconnected from the system, people who have fallen through a safety net that has become increasingly unsafe. Years of austerity has impacted on the shrinking of local authority budgets and reduced the number of services available to people in need.

In a broken system is it any wonder that people are reluctant to trust us? One bad experience of being let down can set the tone for all future relationships. This is exacerbated among those who are sleeping rough who may have, throughout their lives, been let down by people in positions of trust. As outreach workers we are often the first point of contact for people such as George and often met with distrust.

As the severity of the coronavirus public health emergency developed, it quickly became apparent that it was now essential to get everybody off the streets and into an environment where they could self-isolate to protect themselves and others. The UK government had written to every local authority outlining a plan to move all homeless people off the streets within a week. Open access day centres and night shelters were closed due to concerns over lack of ability for people to safely isolate. The situation was changing rapidly, and we knew many of our vulnerable clients would struggle to cope.

Yet what we and others have achieved has been remarkable in a short space of time. Since the lockdown measures were announced, the St Mungo’s City outreach team has accommodated more than 100 people in hotel rooms, many of whom were people seen sleeping out for the first time. We have been able to support people to take up offers of accommodation where previously they have been sleeping outside for sometimes as much as 10, 15 or even 20 years. In the first week of the lockdown we were able to accommodate and support 12 people into drug treatment who, between them, have a cumulative rough sleeping history of 70 years.

This shows what an unprecedented opportunity this has been to not only reduce the numbers of people who are living on the streets, but crucially to get to know these people, understand their situation and to put in place effective solutions to ideally prevent them from ever going back on the streets again – as our No Going Back campaign calls for.

This emergency response reinforces the need for a permanent accommodation pathway which is accessible, supportive and helps individuals progress with their lives.

Street-based outreach workers continue to work tirelessly to find and support people who are living on the streets to find accommodation. All those who have accepted accommodation in the past few weeks should never have to return to these streets, and in the future our system must improve in its attitude towards the vulnerable. George has remained out as far as we’re aware. We continue to go out to find him to offer our help.

People like George and others who remain on the streets of the City, despite the lockdown, remain the most resistant to support and the most traumatised. These are the individuals that need the most focus of our interest, our time and our care.