Collective titles – The future of land rights for informal settlements? 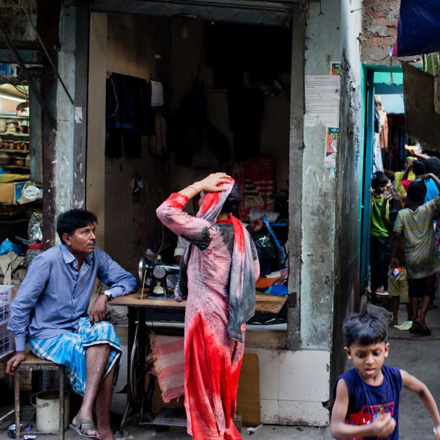 Across the world, there’s been a rise in a trend which might sound surprising. Many people living in informal settlements have been refusing individual land titles granted by governments.

Initially, this can sound counter-intuitive. Surely, the lack of land rights is at the heart of the issues faced by residents of informal settlements – causing a constant state of uncertainty and fear of eviction.

In contrast – land titles mean knowing that your house is yours, that no one can take it away, that you can live there as long as you want and even pass it onto your children. This seems like a good position to be in? So why are residents resisting this?

Well, security through individual land-titling is the theory – and the narrative promoted through regularisation efforts. However, evidence in many cases in informal settlements throughout the world tells a different story.

Land regularisation can make communities vulnerable to speculation and gentrification, especially in areas where there are large financial gains to be made due to the central location of longstanding settlements. Line Algoed, from Cosmopolis Center for Urban Research, Brussels and co-editor of ‘On Common Ground – International Perspectives on the Community Land Trust’, explains: “[Individual] land titles are just another tool to add [community] lands […] to a very hostile land market which will end up displacing lower income residents.”

Once residents have land rights, they can be pressured into selling their plots, sometimes through harassment, intimidation, and even arson. Parcelling off plots of land makes it increasingly hard for families to remain – as communities break up, the costs of living increase as products and services become geared towards wealthier new residents, and there are fewer neighbours to support them in daily activities such as childcare, and in the collective efforts to fight for the right to stay.

Regularisation also doesn’t necessarily exclude the risk of eviction. Nobody knows this better than Maria da Penha, a resident from the community of Vila Autódromo in Rio de Janeiro, Brazil. Out of 700 households, only 20 were able to remain after they opposed evictions linked to the 2016 Olympics developments. “Titles don’t guarantee we can stay on our land. I had two concessions of use from the State, [but] to be able to stay I practically died,” says Maria – referring to her experience of police brutality during the state-promoted eviction process to free up land for developments.

Given the situation, residents in informal settlements and their allies have started looking at alternative mechanisms to secure the places they call home.

Theresa Williamson from Catalytic Communities, an NGO supporting favela communities, explains: “We worked with community leaders from the favela Vidigal (Rio de Janeiro, Brazil) which was being most affected by gentrification, by real estate speculation, to host a series of workshops to understand what is gentrification. […] When we debated how to protect the communities, what [was] the maximum protection that residents could get, that’s where the Community Land Trust model came up.”

A Community Land Trust (CLT) is a model where the ownership of land, and the buildings on that land, are separated so that, in essence: the house is yours, but the land belongs to everyone. The title to the land is held in trust by the not-for-profit CLT, which is managed democratically by residents and relevant local stakeholders. This is therefore not an individual, but a collective title. It has the advantage of holding the land in perpetuity – as the land is taken out of the market and in effect cannot be resold.

As Theresa explains, the CLT model addresses residents of informal settlements’ number one concern – the ability to stay in their current homes, which they have invested time and money in over many years. It also encourages self-organisation amongst residents to improve community activities and infrastructure, fight for citizen rights, and develop strategies to face common issues. This is why communities in Brazil have been actively organising to create the first CLT in the country – Favela CLT – starting in the communities of Trapicheiros and Esperança.

As well as the Favela CLT, our recent webinar on this issue included Mariolga Julia Pacheco and José Caraballo from the Caño Martín Peña CLT in San Juan, Puerto Rico, and Khalid Hussain and Rabeya Rahman from the Community-Led Development of the Urdu-Speaking Bihari Camps in Dhaka, Bangladesh.

The Caño Martín Peña CLT – born from the double challenge of fighting gentrification and resolving significant flooding affecting the settlement – is recognised as a landmark project, as it proved that CLTs could indeed be successfully adapted to informal contexts. They won a World Habitat Award in 2015 and have shared their experiences with other communities across the Global South. They have been the inspiration for both projects in Brazil and Bangladesh. One of their strengths is the inalienable belief in the power of their community’s capacity to organise, to shape their future and to obtain the rights they are entitled to. This is echoed by resident José Caraballo: “You have to organise because it’s the only form that you have to define your rights”. “Our people aspire to dignity – and they deserve it”, explains Mariolga.

In Bangladesh, the ambition is to adapt this community-led approach and the collective title model of the CLT to the informal settlements inhabited by the Bihari community – a minority group that have been refugees in Bangladesh since the 1970s. Khalid Hussain is a camp resident, the first lawyer in his community, and the founder of the Council of Minorities, which is leading the project. Thanks to the mobilisation efforts he was involved in, the Biharis have finally changed their status from refugees to Bangladeshi citizens. However, despite this being a legal victory in terms of achieving citizenship, it has not led to an improvement in their living conditions. Worryingly, it also means that they are no longer entitled to the lands on the basis of their refugee rights. Therefore, the need for a permanent solution is imminent and the CLT model could be crucial in protecting the camp-dwellers from eviction. As Rabeya says: “It will help to acquire and maintain the properties for the communities benefit for years to come, […] keeping the communities together, and also ensuring affordable housing. […] They will have the decision-making power which will also help them to work […] with government and other technical professionals in a participatory manner.”

Khalid shared his vision: “[The CLT is] a very new concept for the [Bihari] community as well as for the expert and the [wider] Bangladeshi community”, but he is “completely hopeful” about its ability to improve their rights as well as quality of life and development of areas in which the Biharis live. “If we will be able to succeed within this project in [the pilot areas of] Geneva Camp and Adam Gee, then we will replicate this model.” There are 116 Bihari camps across Bangladesh.

Khalid’s optimism and enthusiasm are contagious – and there is good reason to believe that CLTs in informal areas are here to stay. In fact, given how relevant collective land tenure and community organising is in addressing the many challenges that informal settlements face around the world, it’s likely this type of model will increase. As Theresa says: “It’s amazing how the CLT work is really not just about individual communities organising collectively but about a greater movement which brings us collective energy across neighbourhoods around the world.”

Community Land Trusts hold the key to addressing many pressing needs of residents in informal contexts – and allow residents to bring their skills, their courage, their dreams and their aspirations to the table. Through local and global efforts, collective land tenure can truly become a permanent and transformative feature of our towns and cities.