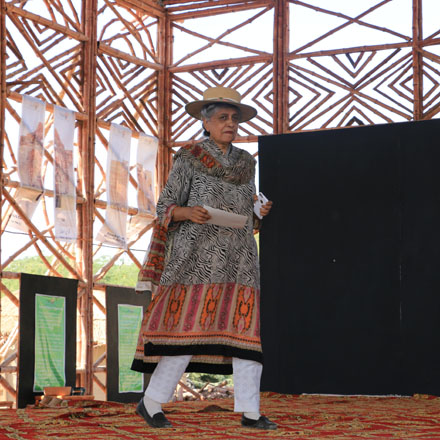 International Women’s Day is an opportunity to celebrate women and girls around the world for their courage, determination, strength and achievements. It’s a call for an end to gender inequality, to create a better, more balanced world for the next generation.

As a young, half-Pakistani female graduate attempting to find my way in the world of international development, meeting Yasmeen Lari in Pakistan was one of the most inspiring experiences I’ve had. It felt incredibly special to be introduced to part of my own heritage by such a wonderfully captivating woman.

After studying at the Oxford School of Architecture in the UK, Yasmeen became Pakistan’s first female architect. When we drove around Karachi, she casually pointed out her designs, commenting ‘that’s one of mine’, as she waved a hand at a towering-mirrored building, which soared above us in an impressive 80s style.

However, despite the magnificence of her designs, she remains humble about everything that she does, while never underselling herself. She tells me about her humanitarian work, but not as a saviour, but instead how ignorant she had been to the realities of poverty and inequality in Pakistan:

“Until 2000 I was a big shot architect and never really had worked with communities […] And it just so happened that in the year 2000 there was this massive earthquake in Pakistan and where I’d been working on heritage sites it actually gave me the opportunity to go and work with people, especially rural communities, where people had been displaced. And for the first time I began to see how the other part of Pakistan is, I had no understanding of that before. So, I could see everything with fresh eyes, I could see where the problems were.”

Yasmeen eventually closed her architecture firm to focus solely on humanitarian work. As a female architect working in a man’s world, she had faced much discrimination, simply for being a woman. And she noticed it even more in the rural communities that she began to work with:

“Because I’m a woman, I have easy access to women. And I’ve always felt that they were left behind because most teams that come in, or even international organisations particularly…there have really been no women that come to the sites. So, the understanding that we needed about women’s issues had never really developed. And I was just fortunate to have this opportunity that I could go and talk to them and find out what was going on with their issues and problems.”

As part of her work at Heritage Foundation Pakistan, Yasmeen has used her interest and expertise in vernacular construction techniques to really improve women’s lives. The Pakistan Chulah is one of these interventions. One of the two 2018 World Habitat Awards winners, the Chulah design was born out of the need to provide women with a dignified existence:

“Pakistan is a highly conservative society which is, by and large, male dominated. […] Women are marginalised in all areas, [but] the rural woman is the worst sufferer […], [she has] to carry a huge amount of work. Women in rural areas do […] a lot of field work – they tend to the cattle, they do the cleaning and cooking and all the rest of it. So, she has so many tasks to perform but really, she has neither any property in her name, nor does she have any kind of money or bank accounts and so she has really no power or any confidence of any kind.

And apart from that, for me, particularly, what’s very important is that because of [a] lack of any kind of facilities or services, its very undignified living that she has to go through. For example, there are no toilets, so it has to be the fields, the stoves are floor-mounted open flame which means that she suffers from all kinds of ill health and eye diseases and respiratory disease…” 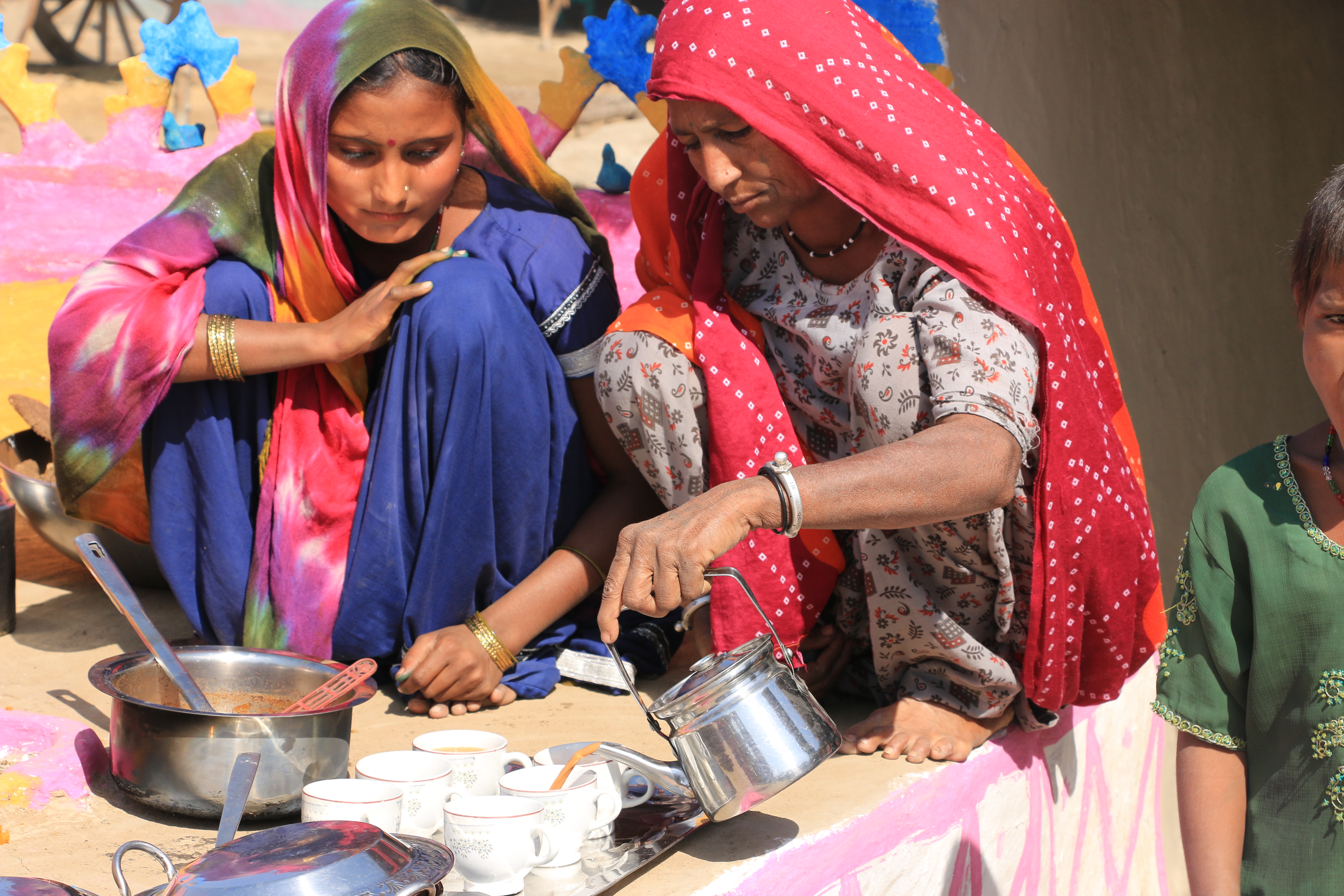 The Chulah makes up one part of providing what she calls ‘the four basic needs’ – shelter, water, sanitation and food – without which nobody can survive. It’s about a holistic, integrated approach, that’s people-led. Yasmeen started implementing this with the most disadvantaged people in the area, the beggar communities surrounding the World Heritage site around Makli. It guaranteed each family their own pre-fabricated bamboo structure and Pakistan Chulah, as well as access to a shared eco-toilet and water pump:

“They were told that the gift was not free. They have to pay it back in some way and […] they had to put in one month’s voluntary work for the community and it just gave us amazing results. People just got onto it, they built their houses, they cleaned up the place and suddenly it was a different world, within four or five months.”

Yasmeen’s achievements are truly remarkable. She didn’t grow up without privilege. But what she did do was use that privilege to break boundaries and create lasting change. She became one of the country’s most celebrated people in her field, designing landmark buildings such as PSO House and the ABN Amro Bank in Karachi, whilst running her own architectural firm. She became the President of the Institute of Architects Pakistan in 1978, was the first chairperson of the Pakistan Council of Architects and Town Planners in 1983, and in 2006 was awarded Sitara-e-Imtiaz, the third highest honour and civilian award in Pakistan.

She has published several books and lectured both within Pakistan and abroad and was named as one of the 60 women to have most greatly contributed to 60 years of UNESCO. Yasmeen’s success comes with great humility and generosity. During my trip to Pakistan I was overwhelmed by her boundless ambition and genuine kindness – thank you for inspiring me, and undoubtedly many other young women around the world, to keep trying to open doors for others.

“The next generation of women needs to know that there are no easy solutions. There is bound to be resistance against gender equality for perhaps many decades to come. Those women who have crossed the barrier, or broken the glass ceiling, carry the responsibility to try to open doors for others, so that in time even conservative societies become supportive of women in fulfilling their potential.”[1]