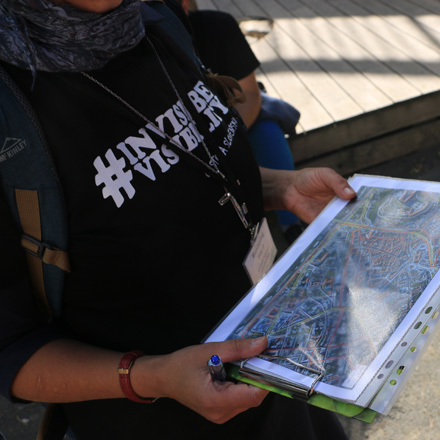 Homelessness provision in Bratislava – and much of Slovakia – paradoxically provides life-saving shelter to those without a roof over their head but fails to identify or provide adequate long-term solutions for them. Slovakia’s housing market is hugely imbalanced.  Almost all (over 90%) Slovakians are homeowners – one of the highest rates in Europe – which results in a severe lack of available rented accommodation. For those who don’t have the means to own a home, it’s a huge challenge to find somewhere to live. With almost no social housing, Bratislava Municipality owns and manages only 1,000 ‘affordable flats’. Across Slovakia, this type of ‘social rent’ housing represents just 3% of the total housing stock. By comparison, neighbouring city Vienna has in the region of 60,000 social rent properties.

The result is a major challenge for homelessness services – alongside those working at different levels of government who want to help change things.  Evidence clearly shows that interventions such as Housing First and Rapid Rehousing work in other European countries.  But how do you begin thinking about these when there’s little available housing for anyone who isn’t already housed? While there are pockets of new NGO service-models being delivered, tested or planned, traditional homelessness provision currently relies heavily on shelters and crisis interventions.

Whilst in Bratislava recently we visited an example of the low threshold shelter provision.  It’s a warehouse with 200 beds, 6km from the historic Old Town centre. Open year-round, it provides an important, immediate (and life-saving in winter) solution. But everyone we spoke with about homelessness acknowledged the need for longer-term, co-ordinated solutions. This includes more secure, permanent housing, and services to provide integration and other support that many individuals need.

Public support to tackle homelessness has been traditionally low in Slovakia. Services told us that for too long the plight of people experiencing homelessness has been invisible. While there still remains no legal definition of homelessness in Slovakia, there’s a real sense that change is starting to happen.  Most significantly, NGOs and government departments are working together to develop a national strategy.

There are even more reasons to be hopeful. The European End Street Homelessness Campaign is a key part of the change that’s happening in Bratislava. In September local campaign partner OZ STOPA Slovensko co-ordinated their second Connections Week in the central Old Town district – just several square miles.  They met and listened to 169 people in just one day. Supporting this were around 40 local volunteer members of the community – all intent on being a part of the solution.

Last year was the first time the Old Town had been surveyed in this way. With just four street workers, 123 people were found sleeping on the streets. This year’s total represents a 32% increase. It’s obviously a concerning picture that echoes the anecdotal feedback from those working in the sector. Yet it’s also evidence of how the involvement of the local community is building a critical picture of the scale of the issue – we cannot end homelessness without having an accurate understanding of the task at hand. With another survey planned for next year, and with more volunteers and agencies involved, OZ STOPA and partners are using this evidence to shape the public narrative of homelessness in Slovakia’s capital.

Delivering meaningful change relies on key stakeholders to act together. And just as homelessness and rough sleeping affect the whole community, finding solutions and new ways of doing things involves the whole community – homeless individuals, local residents, volunteers, NGOs, as well as local, regional and often national government. That’s why our meeting with Martina Uličná – Vice Mayor of Bratislava Old Town – and her policy advisors was so important. We highlighted the work of our Campaign and its successes in cities such as Glasgow, Barcelona and Westminster. We discussed her role in increasing the supply of social flats and how to encourage partnerships between agencies working in the city.  Leaving that meeting – and reflecting on the commitment of the NGOs and volunteers we met – there’s no doubt that significant change is starting to happen.

However, achieving a legal definition of homelessness in Slovakia remains the ultimate key to unlocking meaningful change in homelessness across the country. So, over the next year, World Habitat will continue to support the actions of campaign partners in the city, to ensure the ‘invisible’ become ‘visible’ and they get the support they’re entitled to. 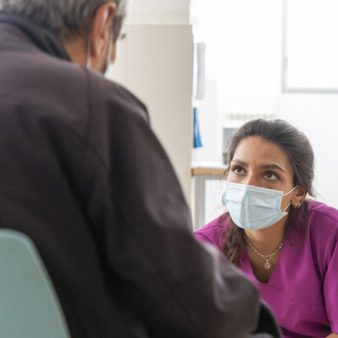 Extraordinary progress towards ending homelessness in a challenging year

2 hours ago RT @WorldHabitat: Don't forget! Just a few days left to apply for our two Programme Manager roles - to join the #WorldHabitatAwards and #En…

4 hours ago 'A new website that records the lives and evictions of slum dwellers in the Indian city of Delhi will help address… https://t.co/pi5m54SLTc

6 hours ago Evictions from rental properties to resume amid homelessness fears in #Ireland https://t.co/nlgKCyGq8r via @IrishTimes