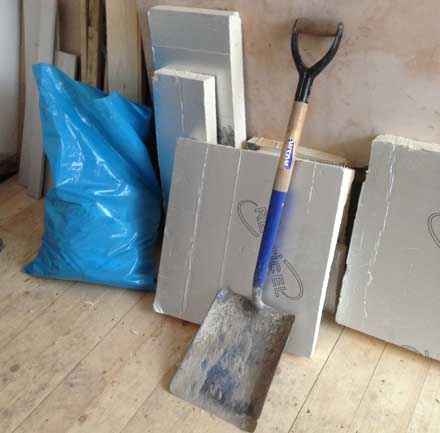 The World Habitat Community-Led Housing programme was recently awarded funding from the Nationwide Foundation, which will allow us to add new resources, support greater partnership working and create increased visibility for the movement.

We have a long history of seeking out activity that makes a real difference to people’s lives by changing their housing situation for the better. One theme which arises again and again is the positive outcomes that occur when communities take the lead.

Community-led housing as a blanket term is a bit like a rainbow painted white – belying the differences underneath. It represents a huge diversity of activity which is highly valued. Community-led projects all have their own interesting and unique characteristics, histories and peculiarities. However, they are united by a shared belief that involved communities are happier communities; that local people care about what happens to the homes and streets they live in, in a way that nobody else will. More and more across the UK, communities are seeking to resolve their own housing problems. Once you start looking for it, it’s suddenly everywhere.

So why, if so much is already happening, is there is any need to do anything more?

Many community-led housing projects are just busy getting on with it. That’s great, but it means that their achievements aren’t getting the attention they deserve. It also means that there isn’t enough sharing going on – people become experts in navigating the complex, frustrating and laborious field that is housing (whether they are building, renovating, managing, planning, or all of the above), and then, quite rightly, spend their time just enjoying the stronger, happier, more fruitful community that they helped to build. That lack of sharing means that new entrants into community-led housing don’t always benefit from the experience of those who went before them, instead having to dig a fresh path for themselves.

There are already many organisations which seek to address this issue, working to promote and support community-led solutions (to housing as well as other things). We have been talking to lots of them, and we know there is an appetite to do more. Our ambition is to support people who believe in community-led housing to work together, to make even more noise about it. We want to help the pioneers and innovators who have already made such great progress, to explore ways to collect and share all that valuable knowledge; and to bring them together to catalyse discussions and generate new ideas. We want to help new projects to complete their journey faster, making molehills out of mountains. We want to help give a voice to people who have lost faith in housing, and make it easier for them to do something about it.

We know that new entrants to community-led housing could come from anywhere: Existing community-based organisations; groups with shared housing ambitions; housing associations who want to empower their tenants or the communities in which they work; housing association or council tenants who want to take more control over their homes; private renters who feel exploited or insecure; local authorities who want to support and empower their residents; neighbourhoods journeying through the Neighbourhood Planning process; even developers who want to think differently … and we want to throw them all into a melting pot and see what comes out.

World Habitat can’t take credit for what’s already happening, but we hope we can be useful. We want to hear from you if you believe in housing for people, by people. If everyone who shares that belief starts shouting together, we could make a pretty loud noise.

This programme is supported by funding from the Nationwide Foundation.

20 hours ago ..to increase how our European partners build an evidence base for #whatworks, learn from failures & develop indica… https://t.co/FnM0x5wUXF

20 hours ago What does a collective vision of an end to rough sleeping mean in practice? How can we explore a definition of th… https://t.co/AkbUzJ6UZ1