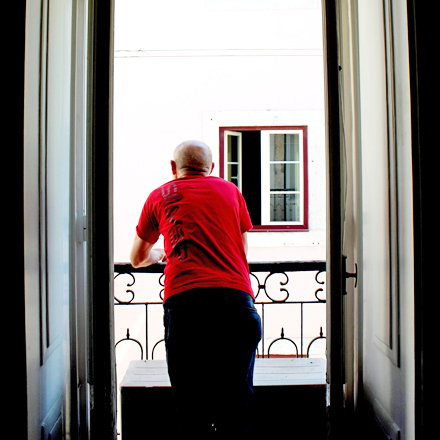 Organisations from the cities of Lisbon and Zagreb have today – Tuesday 23 November – joined the European End Street Homelessness Campaign – a network of cities working together to end street homelessness for good, co-ordinated by World Habitat.

The work in Lisbon, Portugal will be led by new Campaign lead organisation, the NGO, CRESCER.

Surveys in 2020 found over 8,000 people were homeless in Portugal, a 26% rise since 2018. In Lisbon there are, an estimated, 3,780 people who are currently street homeless. Despite a national strategy to end homelessness in the country, Portugal has a housing crisis and the COVID-19 pandemic has left many street homeless people stranded in emergency shelters. Low income, poverty and the ongoing disconnect between public services remains a huge driver in pushing people into street homelessness.

Now in their 20th year, CRESCER works across Lisbon, and surrounding areas, to deliver projects including Housing First – they have 120 units – support for substance misuse and migrant support. They also provide employment training, including É UMA MESA (a European Social Fund (ESF) funded project) that provides training and skills for people working in a high-quality restaurant. During COVID-19, the restaurant was closed to the public and the kitchen converted to provide over 600 meals a day for people in the city. In 2021, it was awarded a Silver Prize by FEANTSA.

Meanwhile, in Zagreb the Campaign will be led by Hrvatska mreža za beskućnike (the Croatian Network for the Homeless).

Croatia’s Social Welfare Act defines homelessness as ‘no place of residence, lives in public, can’t meet housing needs’. Using that definition results in around 2,000 homeless people nationally – with up-to half in Zagreb (700-1000). However, using the widely-accepted ETHOS definitions, around 10,000 people are homeless.

Despite this, there are no comprehensive national or local policies to tackle homelessness and housing exclusion. There is little or no help available to move people experiencing, or at risk of, homelessness into secure housing; very little social housing; and little or no state funding for services. And due to COVID-19, the number of homeless people has increased, with many formerly homeless people – and people at risk of homelessness – losing their jobs.

The Croatian Network for the Homeless and its members deliver vital services on the ground to those who are homeless or at risk, including support centres, shelters, and employment assistance. They also connect people with their legal entitlement, improve care for those who are homeless, and advocate for people’s rights – including creating greater awareness amongst politicians and the general politicians.

Américo Nave, Executive Director of CRESCER in Lisbon, said: “It is a great pleasure to join the European End Street Homelessness Campaign. A campaign aligned with CRESCER’s goals which believe, and fight for, the possibility to live in cities where no one experiences homelessness. This campaign acknowledges people’s agency in defining their own goals and promotes effective responses and politics targeting people’s needs.

We are grateful for the opportunity to expand our network, and – together – continue raising social and political awareness of people’s skills and competencies, needing to be supported through community integration where housing is the first step and a universal right.”

Sanja Blažeković, Expert Associate for the development and improvement of the Croatian Network for the Homeless (Hrvatska mreža za beskućnike), said: “We are extremely pleased to have become part of a campaign to end street homelessness, whose goals are in line with our slogan: ‘Not one person hungry, without a roof over their head, or support’. Poverty is a burning issue, and homelessness is the most severe form of poverty. Therefore, networking, co-operation, solidarity and effective poverty reduction policies become imperative.

“We believe that through this campaign – together we will have a greater voice in raising public awareness and influencing public policies, in order to improve the social inclusion of the homeless.”

David Ireland, Chief Executive of World Habitat said: “We are delighted to welcome CRESCER and the Croatian Network for the Homeless as new partners as we expand our campaign across Europe.

“CRESCER’s work in Lisbon shows remarkable success in providing innovative support to marginalised and hard to reach people through housing, employability and street outreach projects. I am especially pleased to see their Housing First programme go from strength to strength.

“The Croatian Network for the Homeless is making a substantial difference to the lives of many people, every day, through their services and advocacy. They are determined to make bigger, lasting evidence-based changes to policy, services, funding and housing to help many more people who are homeless, or at risk, in Croatia.

“We hope both organisations gain huge benefits from being part of the campaign, where they will collaborate and share effective working practices with other determined organisations.”