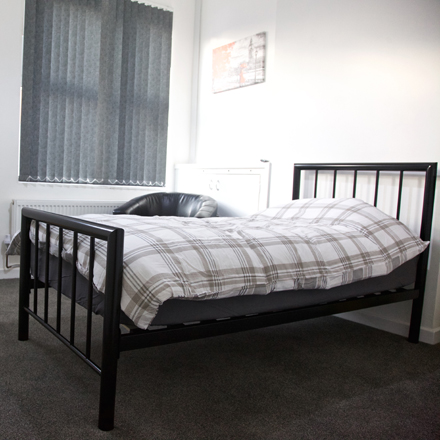 Action Homeless in Leicester, UK – part of our European End Street Homelessness Campaign – has been awarded a Housing First Grant of £310,000 from The Henry Smith Charity.

The programme, which is set to begin soon, is initially funded for four years and will be the first of its kind in Leicester, providing support and homes for 18 people who are currently sleeping on the streets.

Housing First, one of the European End Street Homelessness Campaign’s key principles, offers stable, affordable housing to people experiencing homelessness, as well as individualised, flexible support to help people with multiple and complex needs to keep their housing and avoid returning to the streets.

“We have been given a unique opportunity to offer intensive support to people who have been homeless on the streets of Leicester for a long time. It is an aim of Action Homeless to end rough sleeping in the city and this funding will allow us take great strides towards that goal.”

“Action Homeless are a key partner both locally in the Leicester Homelessness Charter and internationally, as a member of the European End Street Homelessness Campaign. This grant will play a vital role in helping to provide permanent housing solutions for some of the most vulnerable people experiencing street homelessness in Leicester.

“We look forward to supporting Action Homeless to share their experiences and learn from other European cities who already deliver successful Housing First programmes.”

The Henry Smith Charity is a large independent grant making trust, which distributes over £30 million of grants each year with the aim of reducing social and economic inequality.  Under their Improving Lives programme, the Henry Smith Charity funds a range of services working with people who have experienced homelessness, including the Housing First Programme.