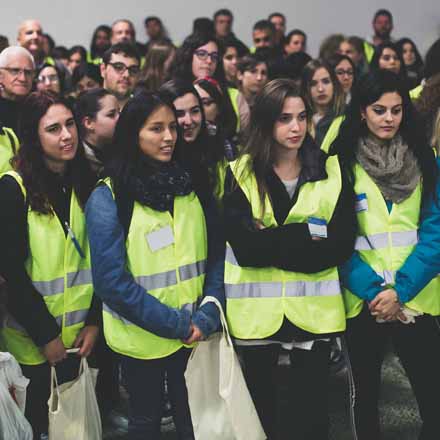 Here is the latest news from cities taking part in the European End Street Homelessness Campaign.

Alicante – Alicante completed their Connections Week in November 2017, and have just published results from the week. They will use these to further advocate to end homelessness.

Athens – Athens will be piloting the campaign survey this month in preparation for their Connections Week later in the year.

Barcelona – Barcelona are planning for a third Connections Week in June this year. They have further developed an app to allow volunteers to log where they see people on the street so that Arrels Fundació can reach out to support them. You can download the app (in English, Catalan, Spanish, French and Polish) by searching for Arrels Localizador on the App Store and Play store.

Bratislava – Bratislava are starting to plan for their campaign actions this year. They will hold a conference in the Autumn with the City Council to communicate their campaign to the general public and other cities in Europe.

Brighton – Following their Connections Week the Brighton Galvanise Campaign will hold an innovation event on the 27 March. This will bring together the local community and people in the homelessness sector to discuss housing solutions. YMCA Downslink is holding a Sleep Out event on the 16 March. Half of the money raised will go directly to support the Galvanise campaign. Find out about the two events here.

Brussels – Brussels are continuing work on their ‘Challenge Citoyen’ where volunteers are helping to find different housing solutions for those who are homeless. They also have plans to develop modular homes.

Croydon – Croydon are continuing work on their By Name List which they hope to launch later in the year. They have also started a JustGiving campaign as part of their Housing First fundraising plan.

Glasgow – There has been further good news for Housing First in Scotland with the Minister for Housing agreeing further recommendations from the Scottish Government Action Group,  including a focus on prevention and movement towards a rapid rehousing scheme with Housing First principles. Read more here.

Leicester – Leicester are working with the Diocese of Leicester to develop a Homelessness Charter and developing plans for a Housing First pilot. Read more in their latest blog.

Sheffield – Sheffield have started planning their Connections Week with partners including local universities, the local authority, local homelessness organisations and housing associations. They will also be part of an event in April which will discuss begging and rough sleeping. Find out more here .

Torbay – Torbay held a second Connections Week in February 2018. Volunteers spoke to 40 people who were street homeless. Since then two people have been supported into private rented accommodation, two have moved into the area’s hostel and two have moved into the hostel’s safe space, where they will be supported quickly into more permanent accommodation. They are continuing to work with the other people they surveyed. They have also received funding from the Nationwide Foundation for Crisis to research the possibility of Housing First in the area. This research is taking place now and results will be released in April.

Westminster – Westminster is planning a Second Connections Week for Autumn this year.

43 mins ago ⭐️𝙒𝙀𝙀𝙆𝙀𝙉𝘿 𝙍𝙀𝘼𝘿𝙄𝙉𝙂⭐️ All 10 of our European End Street Homelessness partners met recently for our ‘Annual Gathering… https://t.co/too7p7KRDB