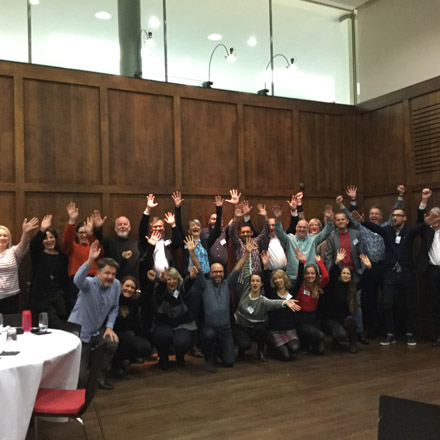 It is two years since the European End Street Homelessness Campaign began and much has happened in this time! We now have 13 cities working as part of the campaign to end street homelessness.  In November we held our Annual Gathering of cities and spent two days sharing experiences and plans for moving forward. Athens, Bratislava and Sheffield have all joined the campaign following the event.

In 2017 the campaign has celebrated various big successes including the implementation of five housing first homes in Valencia and 16 people out of the 29 who were met in Torbay’s Connections Week have been helped into secure housing.

We have also seen many different positive actions taking place with Connections Weeks in Torbay, Barcelona, Brussels, Croydon, Brighton, Alicante and Leicester. These events have really demonstrated the idea that homelessness can be solved if the community gets together and we have met hundreds of fantastic volunteers who continue to support the campaign.

Some of the progress in cities includes:

We also commissioned an evaluation of the campaign building on our 2016 evaluation. You can read the report here. We will now use this to inform our plans for 2018 and look forward to working further to end street homelessness for good!

17 hours ago ⭐️𝙒𝙀𝙀𝙆𝙀𝙉𝘿 𝙍𝙀𝘼𝘿𝙄𝙉𝙂⭐️ At World Habitat we agree and design a variety of support packages to help our Gold Award winn… https://t.co/KCv6KLdj7h