Home / About World Habitat / Who we are / Staff team / Rachel Butler 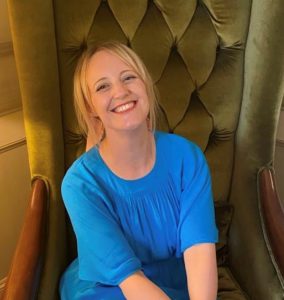 Rachel has 15 years’ experience in the media and communications industry, starting her career as a reporter for a regional newspaper after achieving a first class degree in journalism from Staffordshire University. During her time as a reporter, she was named News Reporter of the Year at the National Council for the Training of Journalists awards and won the Midlands Media Awards Newcomer of the Year.

After a stint writing for national newspapers and magazines at a national news agency, she joined the RSPCA as a media manager and spent seven years at the charity leading on communications campaigns and proactively promoting the charity’s work in newspapers, magazines, online and on broadcast outlets. She joined World Habitat in August 2022, working on developing, delivering and monitoring the organisation’s external communications strategy.

Rachel is passionate about the different mediums of communications, with a particular expertise in the press.

Outside of work, Rachel enjoys the outdoors, getting active and trying to squeeze in kickboxing training while being a mum to a little boy and a dog!

‘It is our fight, but it is a common fight too’ – World Habitat showcases best practice on the world stage